We have been very encouraged this year by the number of former pupils who responded to a Facebook request as we aim to inspire our current pupils and show them that there are so many possibilities ahead for them.  If you haven't already done so, it would be great if you were willing to join the St George's Past and Present Pupils Group on Linkedin https://www.linkedin.com/groups/13729030/

We have former pupils working in almost every field.  Professions include teaching, nursing, working in the film industry, writing, biochemistry, armed services, a jockey, artist, gardener, IT specialists and many many more.  We will be adding some of our former pupils' stories and we hope that it will inspire the next generation of St Georgians.

The St Georgian publication from the 1920s to early 1970s records a number of famous former pupils.

Sir William (Bill) Jordan, High Commissioner for New Zealand was a former Old Boy, and President of the Old Boys' Association in the 1940s.  His Wikipedia page can be found here: https://en.wikipedia.org/wiki/Bill_Jordan_(politician)

Hannen Swaffer, the distinguished journalist was an Old Boy of St George's and wrote to The Georgian in early 1930.  He wrote, tongue in cheek : "I went to what was called St George's Middle Class School.  I seem to remember two halves of the school, one meant for the unfortunate working class, who, I suppose, were not middle class.  I remember they used to attack us with snowballs in the winter."  He also remembered a monitor called Randolph who he described as looking like Apollo.  He was not with the school very long, before going on to Stroud Green Grammar School in London.

Brigadier Vernon Smith joined the school in 1907 and left around 1911.  A Ramsgate boy, though born in India to a military family, he had a very successful military career of his own.  He came back to visit the school Sports Day whilst a Captain in the 3rd Sikh Pioneers and 7th Rajput Regiment and later married while in India. His promotion to Brigadier-General caused a half-day holiday for the school boys!  He attended a number of other school events, including the Old Boys' Meal in 1949 and 1950. He also provided a silver cup for Sports Day, from 1920 and provided medals on other Sports Days, such as in 1931 and again in 1949. 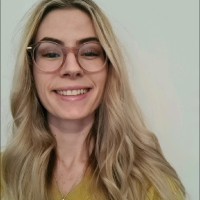 My name is Hannah Bentley, I attended st. George’s School between 2003-2008, then joined their sixth form from 2008-2010. It still feels like yesterday and you can believe your elders when they say it really is the best time of their lives (I will explain my perspective as to why that is later in the blurb).

I left St. George’s with three As and one B at A-Levels and went on to a London Law school and graduated with a 1st class honours degree. Sounds impressive doesn’t it! However, my education was quite the mountain hike (more info later on the challenges I faced). I was always a capable student, but it wasn’t until I got to 17 years old and realised that I was in control of what I learnt and at what speed. I realised I much preferred self-learning, and used the classroom to answer the questions I had on the topic, not wait to be told an answer I didn’t know the question to. I wish I learnt this sooner, and I wish I learnt where the library was sooner! My top tip is, find out how you like to learn and exploit it.

You can do this by complete a learning style quiz here: http://www.educationplanner.org/students/self-assessments/learning-styles-quiz.shtml it will help give you insight into your best learning style (because we don’t all learnt he same way!). I learn by reading myself, I do not take in information if someone is trying to explain it to me, or by given visuals. I need a quiet room, by myself, with google open reading different online books or Wikipedia.

I am currently Head of Corporate and Portfolio Assurance in a Government Agency but taking up the position of Head of Assurance at National Grid, early in 2021. I am now 29 years old and recognised as integrated assurance expert within regulated industries. What this means is, I provide independent insight, to leaders, so they can make informed choices (my purpose statement).

I identified really early on that it is super important to be able to articulate your purpose. It’s something you can start working on now. You can google things like Simon Sineck ‘why’ to help work your own out. This can really help, because it doesn’t really matter ‘what’ you decide to do, so long as it aligns to your purpose, your ‘why’.

For me, I have always taken pride from researching, assessing, collating different views and putting it through the filters in my brain, and presenting the information in a way which influences change for the better. That’s where my purpose statement comes from and that is what lead me to become an expert in providing assurance.

As with purpose, I found it really helpful to identify my core values, and make sure the choices I make, are aligned to these values. Similar to purpose, it gives a sense of belonging to everything you do if you consciously consider them. A value is a strong belief, or tendency, where a part of your soul is invested in its meaning. You can google Brene Brown, ‘Values’ to see a long list of values which are out there to grab! My values include:

To be an egalitarian. You are probably familiar with the term: equality. Equality means that everyone gets equal opportunities. So for instance, if there was a requirement for people to be able to see over a fence to watch the football match everyone would be given the same size box. The problem I find with equality is it doesn’t acknowledge that different people might need different size boxes, or different shapes etc. if you had 3 people, who were all different heights, the same size box would mean that perhaps one of them could see over, but not all 3. In my eyes, that is unacceptable.

More suited to my belief system is the value of egalitarian, which would provide different options to look over the fence. Perhaps a trampoline, or even a helicopter ride, or even no box at all! This value means that I, other individuals and organisations, who hold this value, actively consider and assess the diverse potential requirements of all the people they touch, and base our choices on the most egalitarian option.

If I think back to where this value comes from for me, I think it comes from my childhood. I never really learnt to read or write properly, until just before I joined secondary school. I was also in assisted learning classes for most of my childhood. Turns out, I never really required extra support with my learning, I was just a couple of years behind some of my peers because my parents didn’t have the time to do homework with me outside of school (we did lots of other things instead! And that is ok).  I needed a slightly different sized ‘box’ for a few years, to help me reach my true potential. I am grateful for the extra support I was given.

To summarise, my ‘top tips’ for today’s students are: 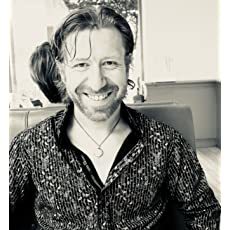 David Lee Stone was encouraged to write from a young age by Sir Terry Pratchett and debuted alongside his hero in the fantasy anthology, Knights of Madness, just after his 19th birthday. He is now a bestselling author of series fiction for children, teenagers and young adults.

His previous books include The Illmoor Chronicles, Undead Ed,Davey Swag and Gladiator Boy (written as David Grimstone) which have sold over a million copies worldwide and been translated into fifteen languages. Since 2013, he has written the comedy lifestyle blog 'Bloke Called Dave'. David’s latest series is Outcasts and the final book in this trilogy, Destiny, came out in summer 2017. He is married with two children, lives in Ramsgate and occasionally does background acting for TV shows like Black Mirror and Bodyguard.

“I loved St. George's and have great memories of my time there. The best bits for me were Mrs Peake's drama class and Mr Kirby's Friday Dungeons & Dragons club: I'd gladly come back and do them both NOW.” 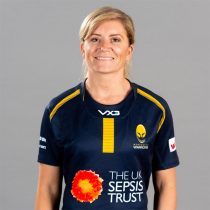 Chief Royal Navy helicopter engineer and now in 3rd year of university training to be biomedical scientist (through the Navy). Her job was the electrical side of the helicopters, plus all the weapons. She did 4 tours of Afghan but also artic survival in Norway and desert training in the US. Billi has played rugby for the Royal Navy and the women’s premiership team, Worcester Warriors.  She is now at Cheltenham Tigers.

Sean Bone-Knell, who left St George's in 1983 was awarded the Queen’s Fire Service Medal in the Birthday Honours List in October 2020.

He began his career as a 19-year-old in 1986, joining Kent Fire and Rescue Service (KFRS) two years after being told he had missed the window to apply, and began his path to the top in Thanet where he served for seven years.

He then went on to work right across Kent at the stations of Medway (now Chatham), Canterbury and Dover and then Maidstone HQ during his leadership years.

In 2019, he was honoured for his long service to the county when presented with the prestigious Kent Medal in what he described as "a truly moving moment". The award is a rare accolade recognising outstanding service and commitment to KFRS and the wider community.

Beyond Kent he also held roles as part of the National Fire Chief’s Council - Marine Firefighting Lead Officer, Road Safety Lead Officer, and Dementia Lead Officer - which allowed him to influence national policy and make a difference right across the country. 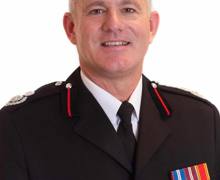 Our next Open Days